Over the course of the “Mantecatura EP”, Awo Ojiji dissects and reconstructs signature break samples and drum patterns to create rich mosaics of sound. The EP’s invigorating opener “Recess” crackles into life with some richly textured earcandy, as heavily processed snippets of conversation give way to a ramping melodic hook that propels the piece forward. Stalling between snatches of break samples, soaring pads evoke the breakdown segments of 90s-era junglism. It’s a triumphant start.

“Stress” is heavily flavored by the Chicago sounds of juke and footwork, landing heavily syncopated mid-range kick blows against chord hits. The breathy riff layered underneath the principal action lends the track a sense of dimension that allows it to shine. In a mix, this would certainly sit well against the kinds of techno-juke hybrids manufactured by such stalwarts of the international breaks scene as “Coco Bryce” and “Addison Groove”.

To follow, the halftime leviathan “Balsam” surfaces. Stern yet playful, the track stages a tug-of-war between a swampy, heavily saturated bassline and insistent sub knocks, while a lofty synth mediates the two moods. Closing the EP, “Inwards” is host to a mutant Dancehall rhythm that is flanked by resonant pad drones and twinkling melody lines. It draws to an end with a needle-thin field recording set against the haunting melodic hook. For me, this was a real highlight as it’s in such stark contrast with the three tracks that proceed it. Expansive yet reserved, “Inwards” glimmers with elusive sonic goodies that are reminiscent of the producer’s first full-length EP “Static Flow”, which remains a personal favorite.

Counterposing mammoth basslines against frantic percussion, the Austrian’s first full-length contribution to “Scuffed Recordings” sees him revisit some of the stylistic influences that informed his previous releases and solidify his signature sound. 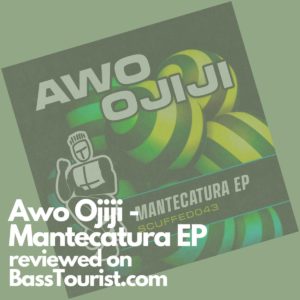