“Memory Breaks”, a name that seems to signal an autobiographical turn in the artist’s output, sees an old-school Bristolian jungle hero return to his roots.

Humb, the release’s title artist, has taken an exploratory path of late – documented through the output of Doner Beat Records. Perhaps, a reflection of a change of scenery from the now Hanoi residing producer. Perhaps, a chance to visit genres he always loved but never had the opportunity to publish. Electro, Ghetto House, and Acid are scattered across the Bandcamp page, but Memory Breaks is a slice of pure classic jungle bliss.

Comprised of two mixes of Humb’s “No Chill”, the compositions are clearly as introspective as they are danceable.

Track 1, Humb’s original mix, is a track almost at war with itself. Warm pads, lethargic 808s, and floating synths lift the listener into a dream while punchy, saturated, breakbeats give a taste of what’s to come. The anxiety is realized in the drop when all hell breaks loose… Humb really won’t allow the chill. The breakbeats win the duel and run away with incidentals scattered everywhere. The bliss pads replaced by a whirring noise, the lazy 808s by grinding reeses. “No Chill” couldn’t be truer to its name, or truer to its genre.

Track 2, a remix of the preceding track by Leeds-based Eminence, continues the theme. The track sounds newer… cleaner… but still nostalgic. The pads from the original mix are expanded across octaves and the 808s, lazy the first track, much more melodic here. In both tracks, the relationships remain the same, but it’s interesting to feel how they are tackled by the two producers with vastly different backgrounds. Humb, a passionate old school head from the Jigsore collective, and Eminence, a new kid on the block from YESKRU Records.

The contrasts in the second track are more of a discussion whereas the first are all-out war. That being said, they both bring about the same outcome. Heads in the sky and sweat on the floor. 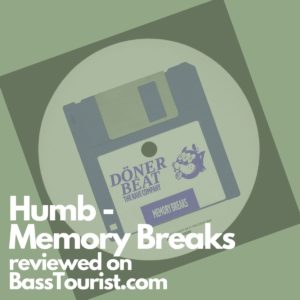