“As Time Passes” is a kick-heavy two-tracker (sporting two remixes on the B-side), with funky and progressive overtones laced throughout its minimalist presentation, brought to you by Iti.

The release opens with “Saba”, its tuned drums immediately exuding South Asian/Middle Eastern flavors. Smooth, sliding percussion is intersected by rolling tambourines and delayed vocals which marinate the track as it charts its course through progressive electronic territory. The kick punches clear through a wonderfully arranged soundscape, staging progressions in the winding synth-lines whilst lending a guide rope to the listener as the changes gradually unravel over just under six minutes of runtime. The end result is captivating, gently working the listener into a trance before bringing the intensity to a simmer, de-escalating things until the track touches ground again–astral.

“As Time Passes” picks up where Saba left off, with thudding percussion front and center alongside a G-style vocal. Again, flourishes of tuned percussion run over stereo pings and a meaty sub periodically announces its arrival by demanding sonic space. Around halfway through, things are stripped back, allowing the sub to breathe before a detuned arpeggio in the stereo darts in and out of position. Swirling synths lead things out, going some way to state its potential uses in warehouse settings.

A cosmic, progressive two-tracker with an arsenal of punchy percussion fit for a warehouse rave, “As Time Passes” is a hypnotic effort from down under. 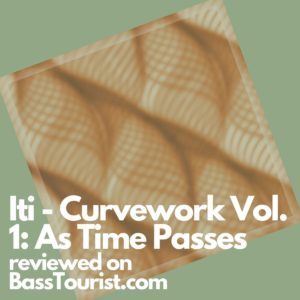