“Homemade”, the first on this EP from DJ Tess and Nan Kolè, slinks to a start, building to one of the most flawless beats I’ve heard in a while. Kicks, then shakers, hats, then snares slowly come into focus and then join together in a perfectly syncopated shuffle, hinting not only at UK Funky and Gqom you’d expect but all manner of African rhythms. Simple melodies leave the beats space to breathe, ironically leaving me breathless with switchbacks, subtle pattern changes, and detailed reverb creating just enough depth. But encircling all that, there’s something warm and deep about the mix, something organic, that makes this tune a little surprising, and makes me want to listen more than if it was mixed like a club banger.

On to “Gimme Any Riddim”, the anthem getting all the attention. I’ll be honest. The light-heartedness of the video detracts from the weight of this tune. NyNy’s vocal perfectly compliments the wobbling towers of the lead and the dancehall beat. Try as you might, your muscles contract, your eyes squint, and the guy next to you is asking, “What’s with the screw face?”

The third tune, “Tears”, and fourth, “Problems feat. Jakhal”, feel a study in drama and movement. It feels to me like sitting backwards on a train as it goes through turns. You’re jolted from side-to-side without warning, and it’s exciting. But at the same time, there’s a sense of propulsion and you see behind all of the ground you’ve covered. 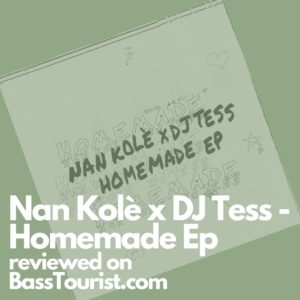