Experimentation is encoded into the DNA of hard drum, and the “Mwizi” EP is no exception. The project is a synergy of styles like no other, taking a unique detour from the drummy, rave fuel we’ve come to expect from the “Even The Strong” imprint, and paving the way for an introspective, vocal-driven variant of the genre. As a budding fan of hard drum, when I asked Nabalayo how this surprising collaboration came about, I was told that the two artists had found common ground during a “town hall” on Currents.fm, an online platform that provides a space “for curation, creation, and appreciation”, and from there, the seeds for the “Mwizi” EP were sown.

The 4 track EP opens with the vocal anthem Mwizi I, which strikes a balance between NKC’s punchy drum patterns and crunchy samples, and Nabalayo’s organic use of electronically augmented acoustic instrumentation, and her sonorous, clean, vocals. Mwizi II by contrast is a thunderous, drum-focussed reinterpretation of the piece; the syncopated percussive elements that are characteristic of hard drum take center stage over the vocal, and the EP includes the instrumental dub which serves as a valuable DJ tool. A reimagined version of “Mwana Wa Garofa”, taken from Nabalayo’s 2020 debut album, Changanya, also features third in the tracklist; it is a sonically brilliant variation that dramatizes a mythic tale of irreconcilable love between a mortal and a spirit and best embodies the fusion of hard drum and changanya styles.

Indeed, both NKC and Nabalayo can be described as innovators in their respective artistic fields. With a handful of like-minded producers and DJs in tow, NKC oversaw the emergence of “hard drum” at the club night “Even The Strong” which began in 2016. Although the term “hard drum” began as the playful nickname given by the ETS residents to the percussive music they played, the name stuck, and the genre has steadily grown in popularity and recognition. Founded in 2018, NKC’s label “Even The Strong” continues to be one of the most important cultural gatekeepers of the genre. Meanwhile Nabalayo, a talented multi-instrumentalist and music performance graduate from Kenya, also disregards traditional genre boundaries. Composed entirely in her bedroom in Nairobi, her debut album “Changanya” gave life to a genre of the same name that is at once rooted in Kenyan folk music, but also draws inspiration from contemporary artists such as Little Dragon, Björk, and Kelela. The importance of understanding the indelible links which join the past to the present is of central importance to Nabalayo’s songwriting and is tangible in all her creative endeavors, be it illustration, music production, or academia.

“Mwizi”, meaning thief in Swahili, loosely explores the sensation of being robbed of your means of cultural expression, accusing the unsolicited imitator: “you stole the song from my lips”. On an altogether more general level, it could be understood to embody discussions of Kenyan cultural heritage– how can Kenya, as a country which had been robbed of its cultural identity during the colonial era, successfully re-engage with the present while staying true to itself? Nabalayo writes: “Kenyan music is not dead … knowing where it all started can give a good perspective of where we would like to go.” (Credit: @wer_jokenya) 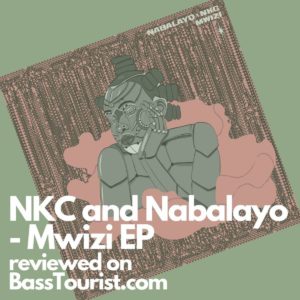 Label: Even the Strong