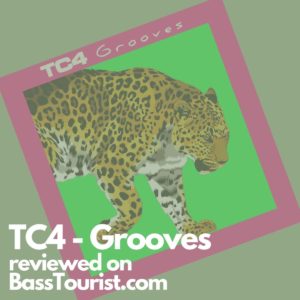 From the moment it starts, you’re transported to London at night when 2 step garage filled the airwaves, lights blurring by, pirate radio connecting you to the underground. I keep waiting for the DJ to start announcing callers. If “Grooves” wasn’t new, it could’ve easily been a hit back in the day. It’s such a warm and friendly sound if tied to a specific moment in time.

And “Cinco” follows suit. More bumpy than “Grooves”, infectious syncopation drives the tune, illustrating the classic divide between house and garage (from a US perspective).

In the early 2000s, major radio had made its way online and at work, I had a T1 line. Radio1 was pop all day, but thanks to the time difference in New York, I started catching some of the late-night and weekend programming that included garage and 2-step. It blew my mind. I was never a fan of the repetitive house music that dominated our dance floors. I was awed by the complexity of jungle and IDM, but they were not popular or accessible enough to hear in the club. garage and especially 2 step brought the drum programming I loved into house music. And because I was a few years late to the garage and 2 step game, it was starting to turn darker and producers were adding polish but also more creativity.

I love when this sound turns up in the mix.