Joe Nice was a pioneer in bringing dubstep to America, co-founding Dub War, the first dubstep party in the USA. He’s toured around the world in dozens of countries. His radio show, Gourment Beats, has run for more than years and was the basis for launching the Gourment Beats record label. Joe always gives 100% behind the decks, delivering his own mix of the early sounds of darker, deeper dubstep.

In this interview, we reminisce about the early days of being a DJ in Baltimore and starting Dub War. We chat about a lot of what he’s been up to since, and what it’s like to travel the world, bringing a unique sound to people all over the globe. 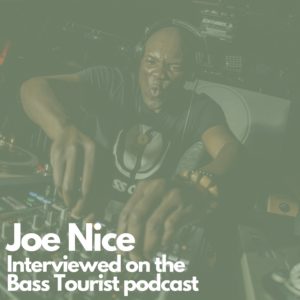